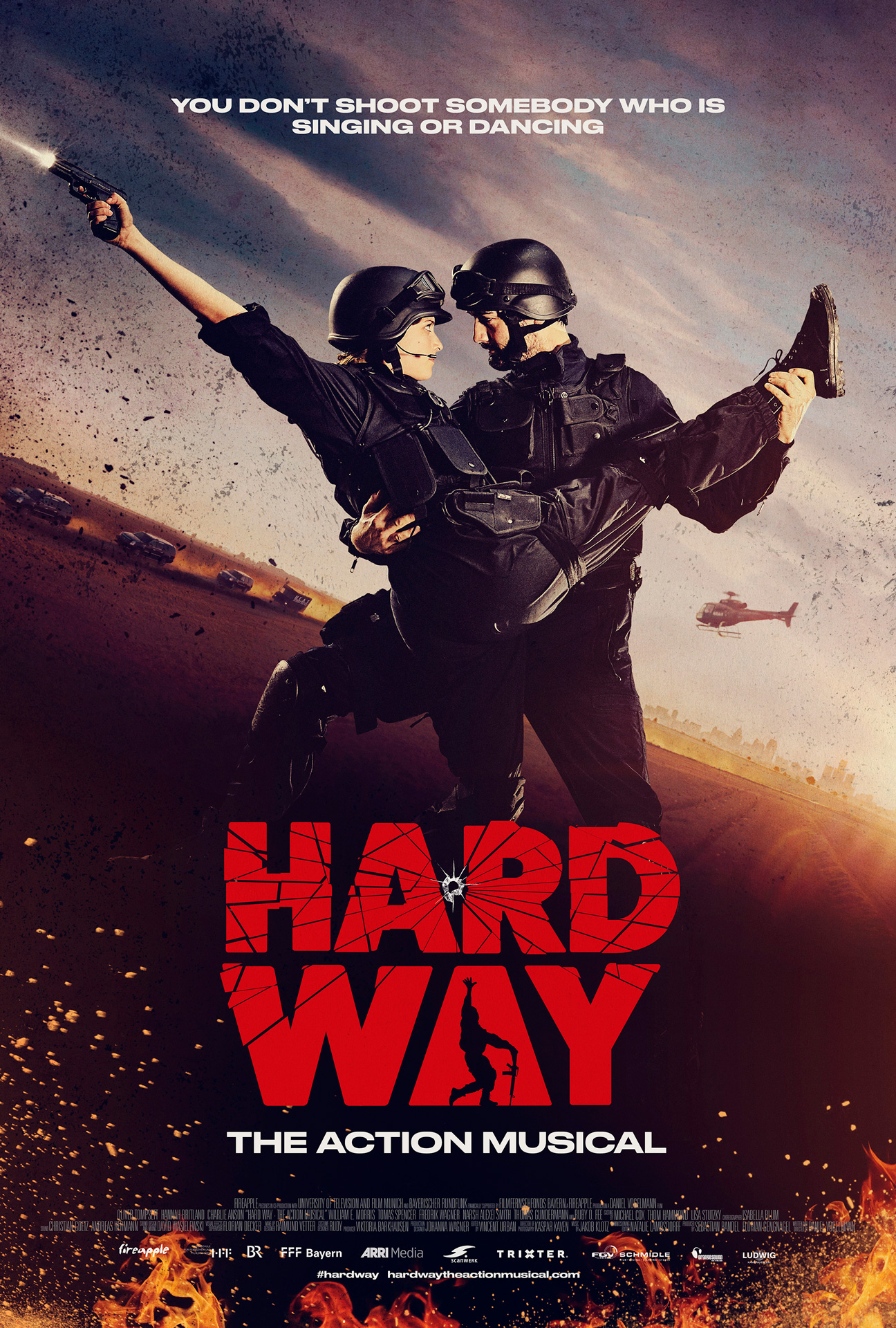 HARD WAY combines Action and Musical. A story of hard men with hard
feelings. Jake loses his best friend Zach in a S.W.A.T. operation near Detroit. Eight
months later Jake and his team are trying to get „The Mother“ – the
terrorist responsible for Zach’s death. While singing and dancing they fight
their way through their enemies. But then Jake’s blind thirst for revenge
leads them into the deadly hands of a sniper…