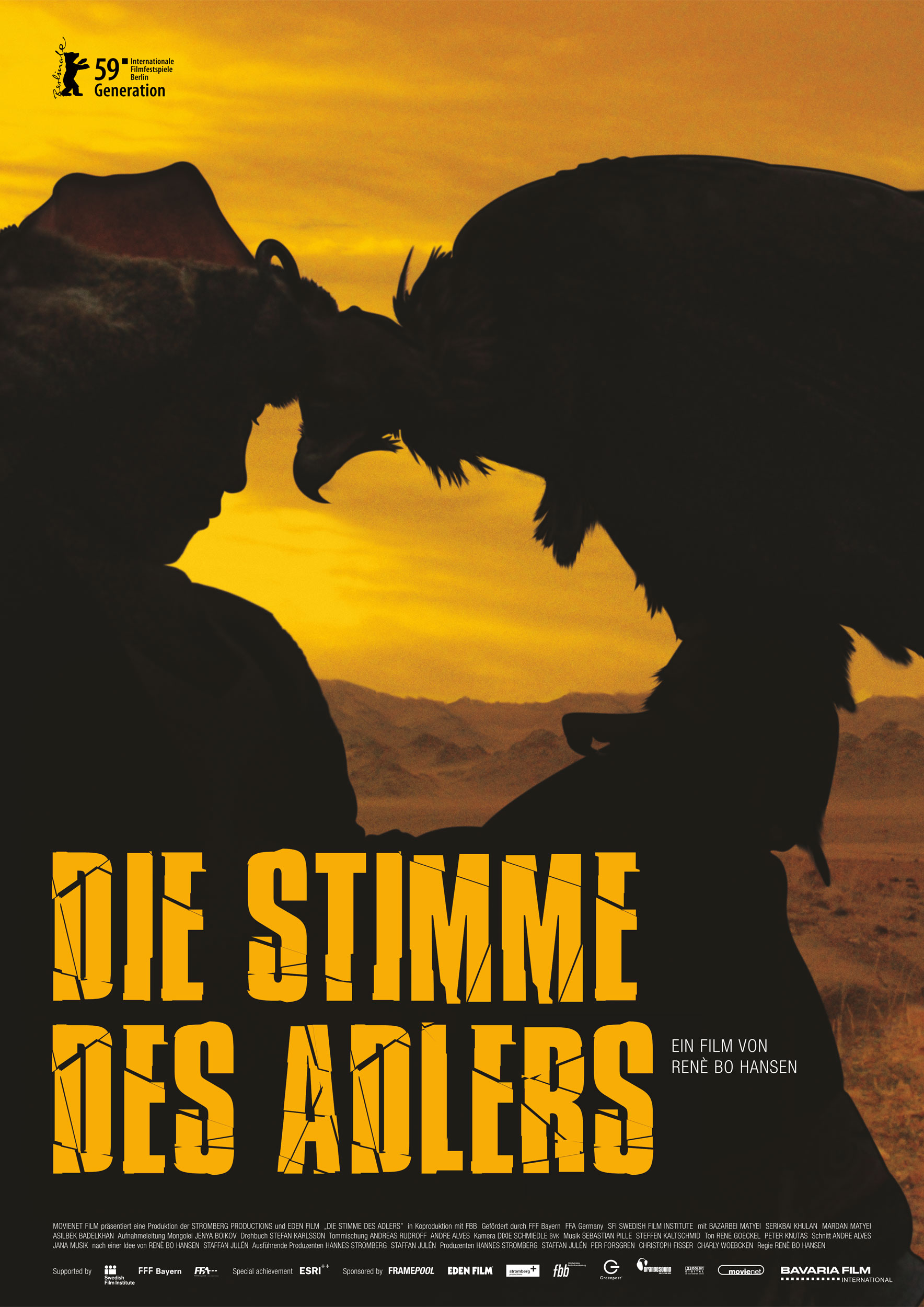 Twelve-year-old Bazarbai is unlike other Nomad boys his age. He dreams of leaving behind the green pastures of his native Western Mongolian province, lured instead by the call of the urban jungle: Ulan Bator. But Bazarbai’s father has his own aspirations: One day, the young boy will make him proud by following the famed eagle hunter’s own footsteps. When Bazarbai’s brother, Khan, is forced to leave home for Ulan Bator, Bazarbai feels deeply hurt and betrayed; he should have been the one sent into the big city. In an attempt to cheer him up, Bazarbai’s father takes him to the great Eagle Festival; but the young boy is inconsolable. Suddenly, the prize eagle belonging to Bazarbai’s father flies away, scared off by a photographer’s bright camera flash. Stricken by fear and remorse that his father’s beloved pet might have escaped for good, Bazarbai decides to follow the animal, thus embarking on an adventurous journey through torrential rivers and snowy mountains that inevitably lead him to Ulan Bator – the city of his dreams. Along the way Bazarbai discovers that a happy life does not necessarily result from a departure from long-lasting traditions, but that tradition itself, deep respect for nature, friendship and loyalty form a strong unity despite constant outside threats. Intimate yet powerful, “The Eagle Hunter’s Son” is a thrilling and emotional story about redemption, reconciliation and resolution.